Once again, JP Landman has produced an outstanding article. As a leading Political and Trend analyst, he traces the path of corruption, the fight against it, and what has been done so far. Obviously, the reason why we blog it is that corruption and the fight against it are the two sides of the property-value sword. The one degrades values as property slips lower in the face of the scourge of corruption. The other, the fight-back, if we can call it that at this early stage, lifts hope and spirits. Confidence raises property values.

What has been interesting to me with this article is that I read it as soon as it arrived. Then, most unusually, two people sent it to me expressing it as incredibly positive news. Against that, I have heard some cynics continue to say that it is unrealistically positive. As with the half-full/half-empty glass analogy, we will each have our own views. But we also have the ability to choose our response. I would rather see that something is moving in the right direction than have another News presenter tell me another tale of illicit covidtreneurship at the expense of the Poor.

There is palpable anger in the land about corruption. The anger is largely focused on what the ANC is doing and failing to do about the scourge. If we separate party and state, it is useful to look at the scoreboard of what the state has achieved so far in fighting corruption.

President Ramaphosa, 10 months after coming into power, fired erstwhile South African Revenue Service (SARS) Commissioner Tom Moyane in November 2018. Moyane fought mightily to keep his job, all the way to the Constitutional Court, who sent him away empty-handed. By May 2019 new Commissioner Edward Kieswetter was in office. Four senior SARS executives left in the next three months, bringing the total senior executive departures to seven. Now, a year later, SARS seems on its way back.

At the Public Investment Commission (PIC) no fewer than 17 board members and senior executives left in the nine months between June 2018 and April 2019. The Mpati Commission’s report was released in March. A special team under Judge Yvonne Mokgoro is now assisting the new board in implementing the recommendations of the Mpati Commission and a much stronger organisation is emerging. Some have already received summonses to repay money and I suspect more summonses will be issued.

Eskom retrieved R1 billion from McKinsey and R150 million from Deloitte. (Two Deloitte directors also resigned.) Eskom cancelled a coal contract of R3,7 billion with Tegeta, the erstwhile Gupta company, as well as a R14 billion oil supply agreement. Other contracts are being investigated. On 3 August Eskom and the Special Investigating Unit (SIU) launched proceedings to recover R3,8 billion from 12 individuals, including the Guptas, a former minister, former senior executives and former board members. In its investigations at Eskom, the SIU notified the board of wrongdoers – some resigned before disciplinary hearings started. There are consequences, even if we don’t see orange overalls yet. (As an aside, 300 managers left Eskom with voluntary severance packages.)

At Transnet, a new board was put in place and 15 senior executives left over a period of 12 months. South China Rail has repaid R618 million; the two Transnet pension funds recovered R1,168 billion from Gupta entities; and assets worth R232 million from a former Gupta associate were frozen. Not all institutions were cleaned up as successfully. The Passenger Rail Agency of South Africa (Prasa) remains a mess and is now thankfully under administration. Gratifyingly, SARS attached some of former CEO Lucky Montana’s private properties.

The Land Bank had to be bailed out with R3,5 billion, but three people have been sent to jail for fraud at the bank – one for 20 years. Mercifully, South African Airways is on its way out (unless a benefactor appears) and SA Express is in liquidation. Denel also saw a clean-up and has a new and very competent board, but it can probably no longer be saved from the ravages of earlier corruption – the military procurement environment has changed too much.

A most critical institution for corruption is the NPA. A walk along the timeline of what has happened there since Ramaphosa became president is quite revealing. (I apologise for the detail, but it discloses a lot.)

In August 2018 Ramaphosa fired previous National Director Shaun Abrahams. (Like Moyane, Abrahams challenged his dismissal in court, but he too was eventually sent away empty-handed.)

In October 2018 Ramaphosa suspended the two deputy directors, advocates Nomgcobo Jiba and Lawrence Mrwebi. As required by law, he appointed a commission to investigate the suitability of the two to hold office. Following the report, they were fired in April 2019. Like Moyane and Abrahams, Jiba challenged her dismissal in court. She threatened hellfire and brimstone, but eventually simply abandoned her case and went into oblivion. New permanent deputies have been appointed.

In February 2019, while these clean-up processes played out, Shamila Batohi assumed her position, having been recruited from The Hague.

Also in February, Ramaphosa announced in his state of the nation (Sona) speech that a special investigative unit would be created inside the NPA to prosecute state capture cases. The unit would combine prosecutorial and investigative capabilities like the Scorpions used to have. Ramaphosa promised that skills from ‘within government and the private sector’ (my emphasis) will be brought in. He also left the door open for ‘a more enduring (anti-corruption) solution’ to be developed.

The unit was gazetted in April, and in May 2019 Hermione Cronje was duly appointed from outside the NPA to head this new unit.

In September 2019 Ramaphosa returned to the NPA and revoked the appointment of five senior prosecutors who were promoted by Zuma just before he left office. Two accepted the reversal in their fortunes; three threatened to challenge it in court – of which only one has done so far. The director general in the Presidency revealed that Ramaphosa took this decision on the five prosecutors after consulting Wim Trengove SC. Clearly Ramaphosa does not just blunder in.

In July 2020 the regulations on the Zondo Commission were changed to allow the NPA to use evidence from the commission in criminal prosecution as well as to use the services of people currently working for the commission. This was not possible under the commission’s previous regulations. One must remember that the Zondo regulations were promulgated by Zuma just before he left office; and it was a balancing act to protect people’s right to remain silent, but still get the stories out. That balancing act now favours the NPA.

In August 2020 the ANC’s National Executive Council (NEC) has resolved that ‘government (must) urgently establish a permanent multidisciplinary agency to deal with all cases of white-collar crime, organised crime and corruption’. Later, Justice Minister Ronal Mamola confirmed ‘it is clear, the country needs a permanent structure’. This sounds much like Ramaphosa’s Sona speech of February 2019 where he left the door open ‘to develop a more enduring (anti-corruption) solution’. Looks like he knows where he wants to go and is playing the long game.

In the meantime, several investigative agencies have been pulled together in a ‘fusion centre’ to work on Covid-19 corruption, creating precisely the integration of skills and a more enduring capacity President Ramaphosa was looking for.

Sixteen months ago, in this column, I tried to temper expectations for quick prosecutions. I wrote that prosecutions will only happen in 2020. Legal processes take time, simple as that. How much time was again illustrated by an adjournment of the Zuma case to September to allow for documents to be exchanged between the two sides and for other preliminary matters to be concluded? If these matters are all cleared, a trial date can be set. In the meantime, Zuma has suffered a number of setbacks in various courts. As he is discovering, the wheels of justice turn slowly, but they do turn.

The Hawks are investigating 250 cases of municipal fraud of which 93 are already before the courts. More people will discover that the wheels of justice actually turn, if slowly.

In June 2020, nine suspects were arrested for the VBS Mutual Bank saga. They were granted bail and will appear on 8 October 2020. One of the nine has turned state witness, which should help to secure convictions. The danger of relying on proceedings at commissions, in books and by investigative journalists (undeniably useful as they are), were underlined this week when one of the prime suspects in the VBS case brought a successful application against the report of Advocate Terry Motau on the VBS scandal. The NPA has to build every case, piece by piece, with its own witnesses.

In the meantime, five of the nine VBS accused, including the former chair, chief executive officer, chief financial officer and chief operations officer, were sequestrated and their assets seized to repay money to the bank. Two directors were declared delinquent and cannot be company directors again. Consequences are following even without jail sentences.

The SIU is a division of the NPA with the mandate to investigate and recover public money through civil claims – it is not a prosecutorial body. Where the SIU comes across evidence of criminal wrongdoing, it is referred to the prosecutors at the NPA. (For example, it laid criminal charges against three companies in Gauteng and identified two senior officials as ‘enablers of corruption’ relating to Covid-19.)

Criminal prosecutions can still follow a successful civil claim. Criminal cases require ‘beyond all reasonable doubt’ while civil claims require the less strenuous test of ‘on a balance of probabilities’ (as we are seeing with some of the VBS accused being both sequestrated and now also charged criminally).

To speed up civil litigation by the SIU, President Ramaphosa created a Special Tribunal to adjudicate in the civil proceedings the SIU brings against alleged wrongdoers. It became operational on 1 October 2019 and consists of eight judges under the chairmanship of Judge Thami Makhanya. Currently, 22 cases are before the tribunal. They include, among others, luxury car purchases, dodgy scholar transport claims and inflated government contracts.

In two cases the tribunal ruled that the pension of suspects be frozen, giving the SIU the opportunity to seize the money. (Resigning and running with one’s pension has just become more difficult.)

Over the weekend it became known that the Special Tribunal has seized the assets of a suspended Transnet executive, including a luxury home in Dairnfern, 2 farms and… 35 motor cars! Transnet was also prohibited from paying out any pension benefit to the executive. The SIU has R14,7 billion in cases ready that it wishes to submit to the tribunal.

The AFU is an old division of the NPA and was established in President Mandela’s time. It is an old workhorse that was deliberately restrained in the Zuma era. It now seems to have a new lease of life. In the last reported year, it recovered nearly R2 billion from economic crimes against a mere R180 million the previous year. Over the five years to 2019, the AFU has recovered R11,8 billion in 2 707 cases. The AFU focuses on 10 specific crimes, including fraud, cash smuggling, human trafficking, counterfeit fraud and drug-related offences.

An example: in the current Covid-19 corruption saga the AFU seized a bank account two weeks ago with R700 000 siphoned off UIF money meant for underemployed workers.

The above article, once again, attributed entirely to JP Landman 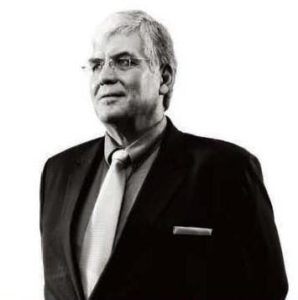 With over 30 years of experience in the banking and home loan industry, my hope it is share what I have learnt over the years with my blogging community, inspire conversation around the subject and in the process discover unique insights into this ever changing environment.

AN ARUM AND OTHER THINGS
Scroll to top